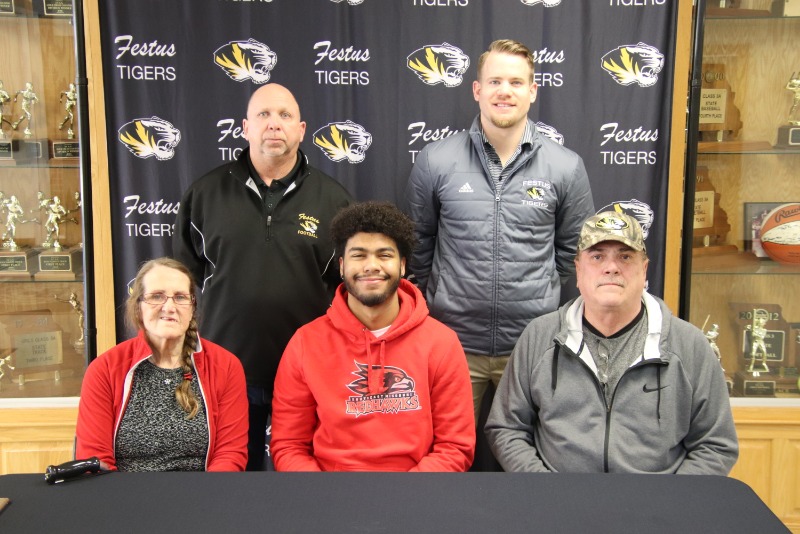 RaShaun Hyde plans to pursue a degree in Athletic Training at SEMO.  As a Tiger Hyde was named a 2nd team Mississippi Area Football Conference (MAFC)  Defensive Back and he was a Festus Scholar Athlete.

Both players were joined by family and players when they made their decision public today.