Coach Bryant Wright To Be Inducted Into MTCCCA Hall of Fame 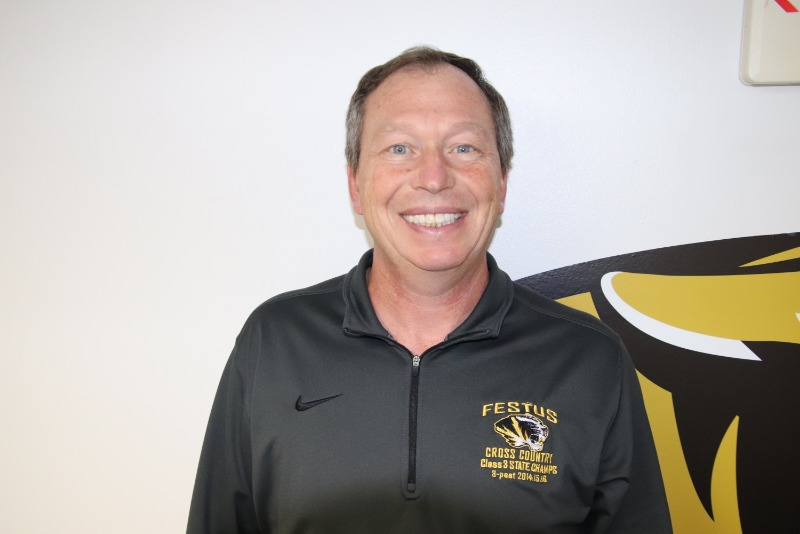 Festus High School Cross Country Head Coach Bryant Wright will be inducted into the Missouri Track and Cross Country Coaches Association Hall of Fame. Wright, who has been head coach at Festus for 18 years, has lead the boy's teams to 7 state championship, including the last five in a row, and the girls to two state championships.  He says he is gratified to be inducted, “It’s overwhelming to realize that you are being recognized for what you’ve done, not just by someone, but by your peers. To be a part of an elite group is humbling.”

Festus Athletic Director Eric Allen credit’s Coach Wright with always being there for his runners, “Coach Wright is one of the most dedicated coaches to his athletes I have ever been around. He is committed to always getting better no matter how many championships he has won. He is an outstanding human being and this is very well deserved. “

Before assuming the head coaching position, Coach Wright served as an assistant coach on the team. He says he shares this recognition with all of his teams, “It means I got to work with some great coaches and athletes. It makes it more gratifying when I think of all of the people who have been there with me, not just the athletes, but my family and friends, and the support they have given me.”

Coach Wright will be inducted into the MTCCCA Hall of Fame at the Associations annual clinic in Columbia, MO on Friday night, December 13, 2019.